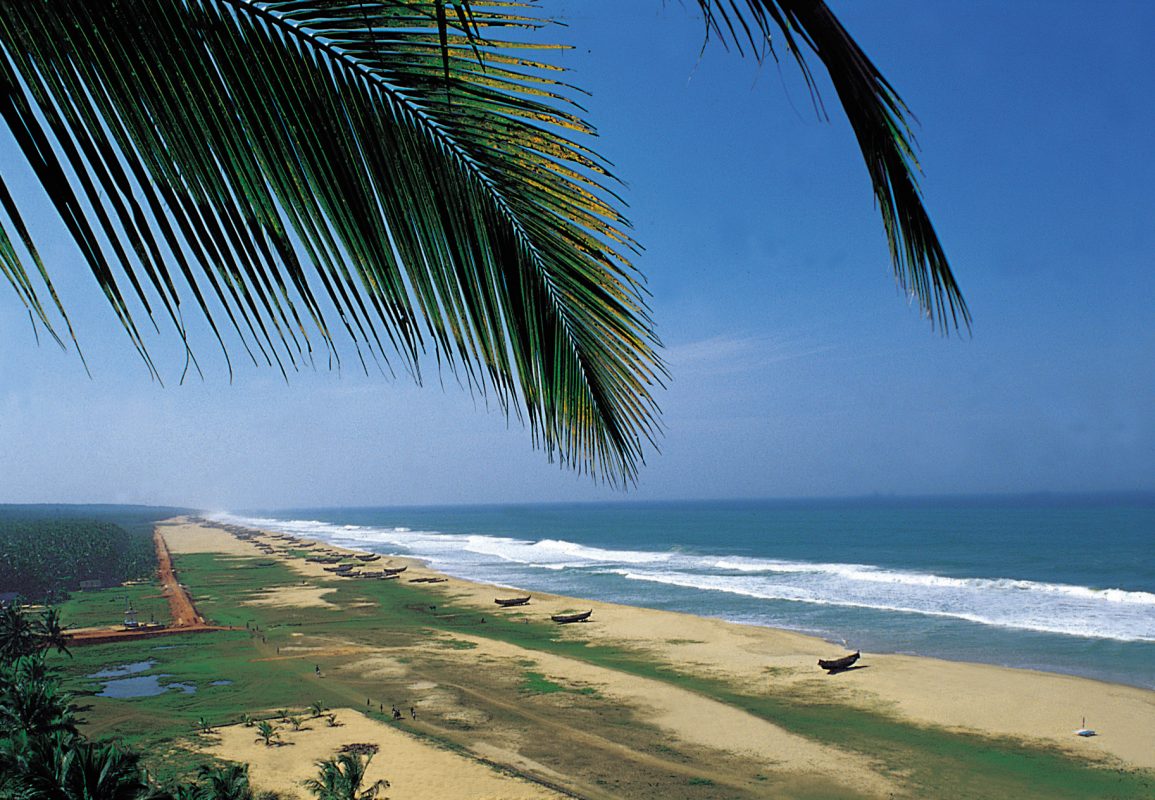 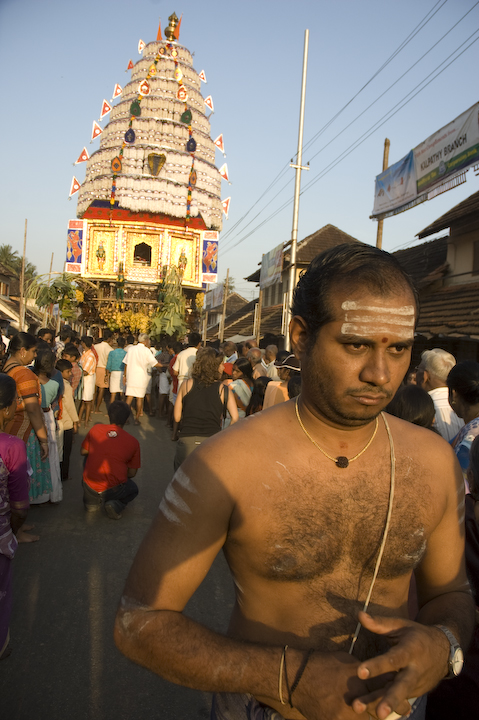 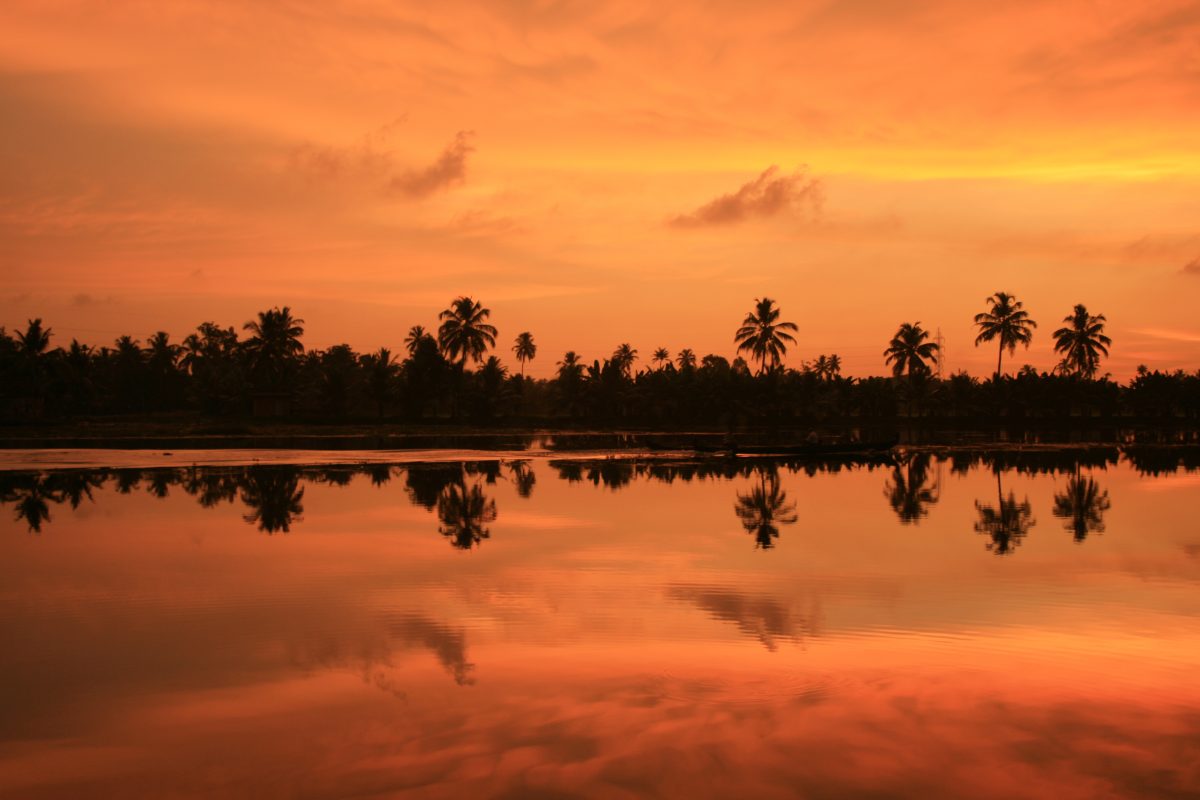 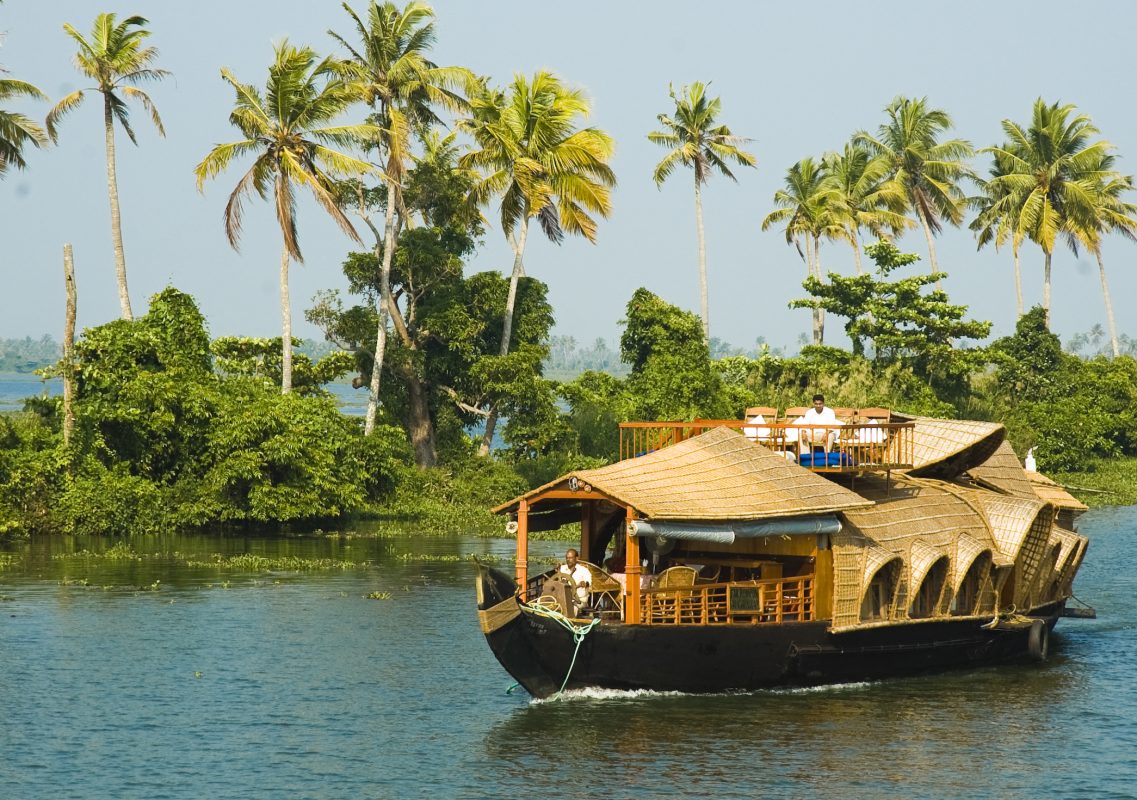 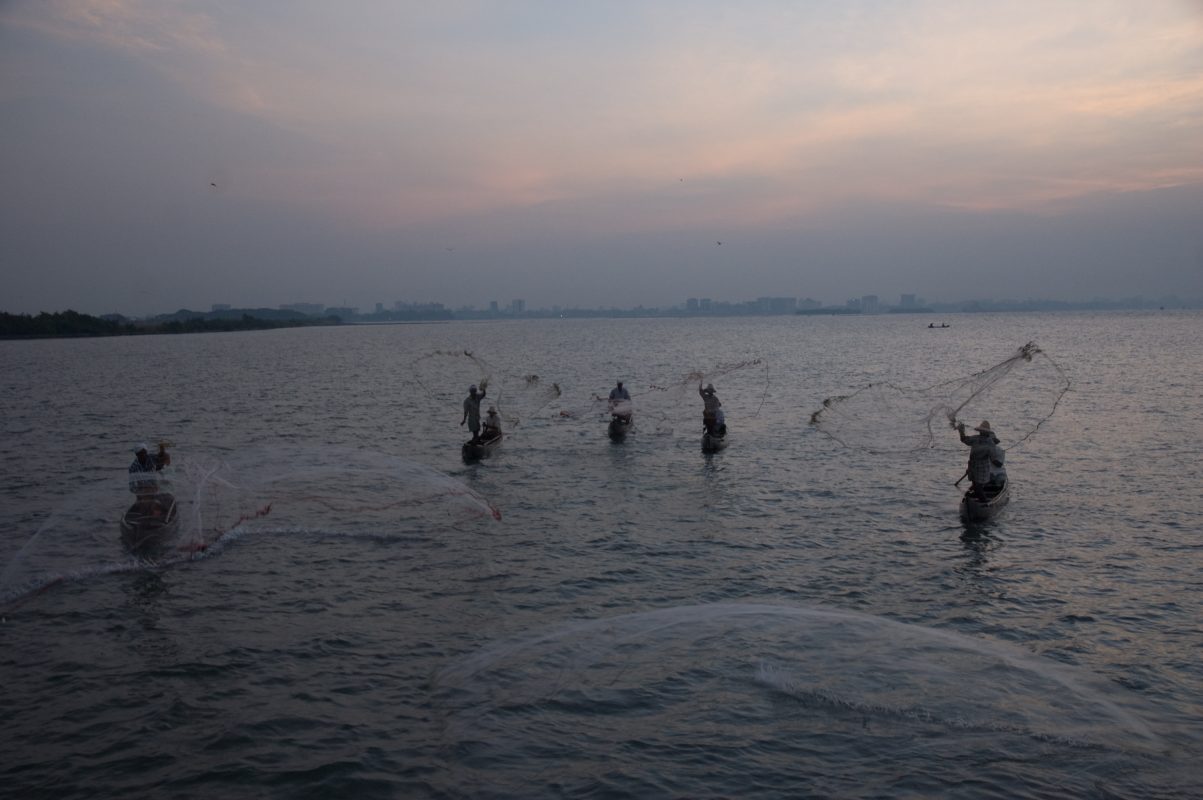 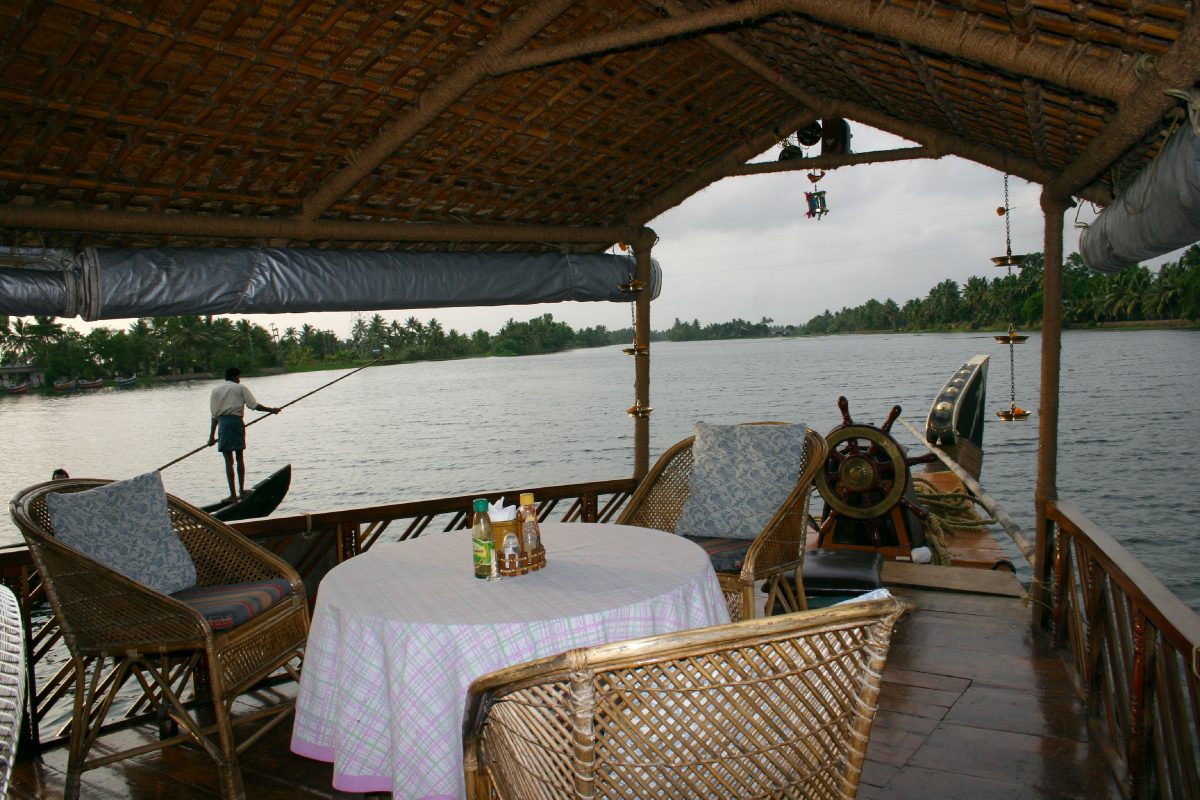 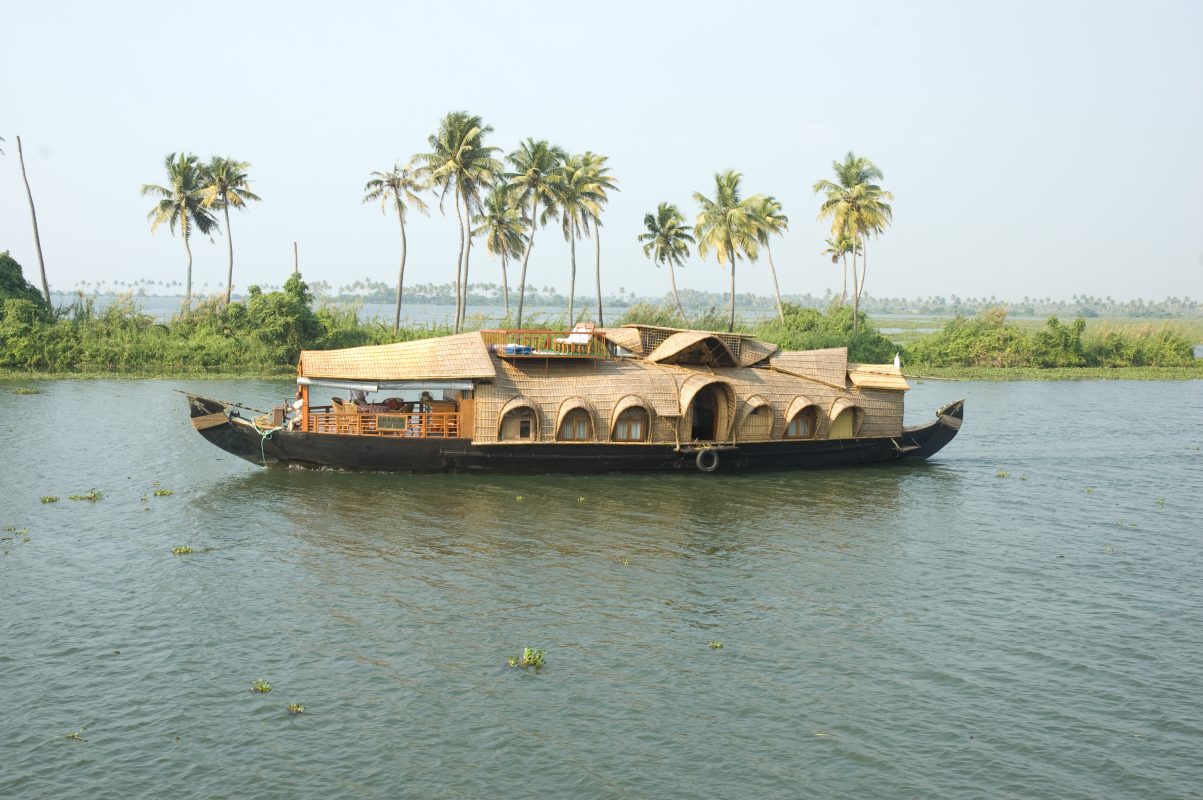 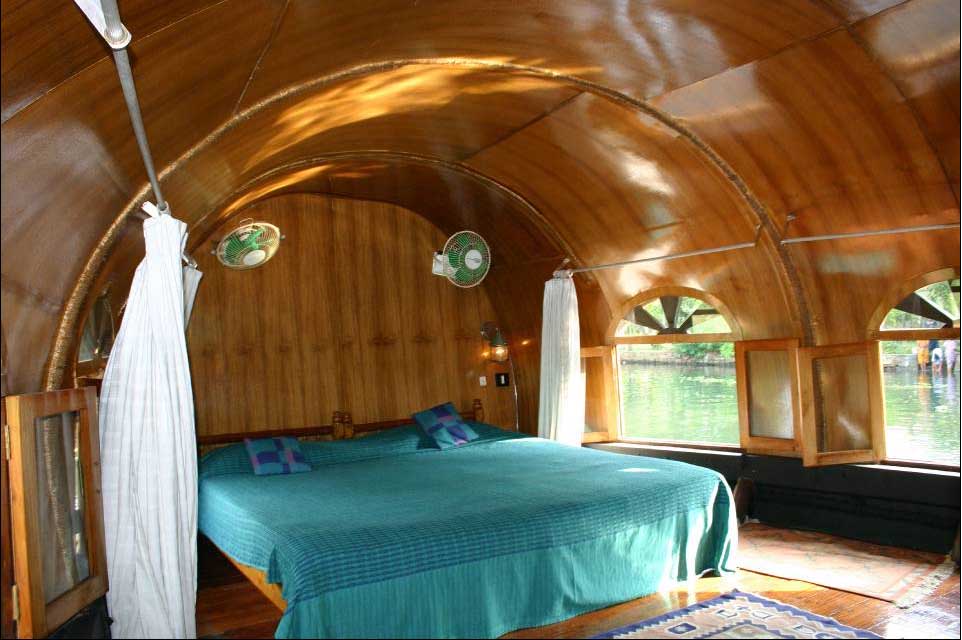 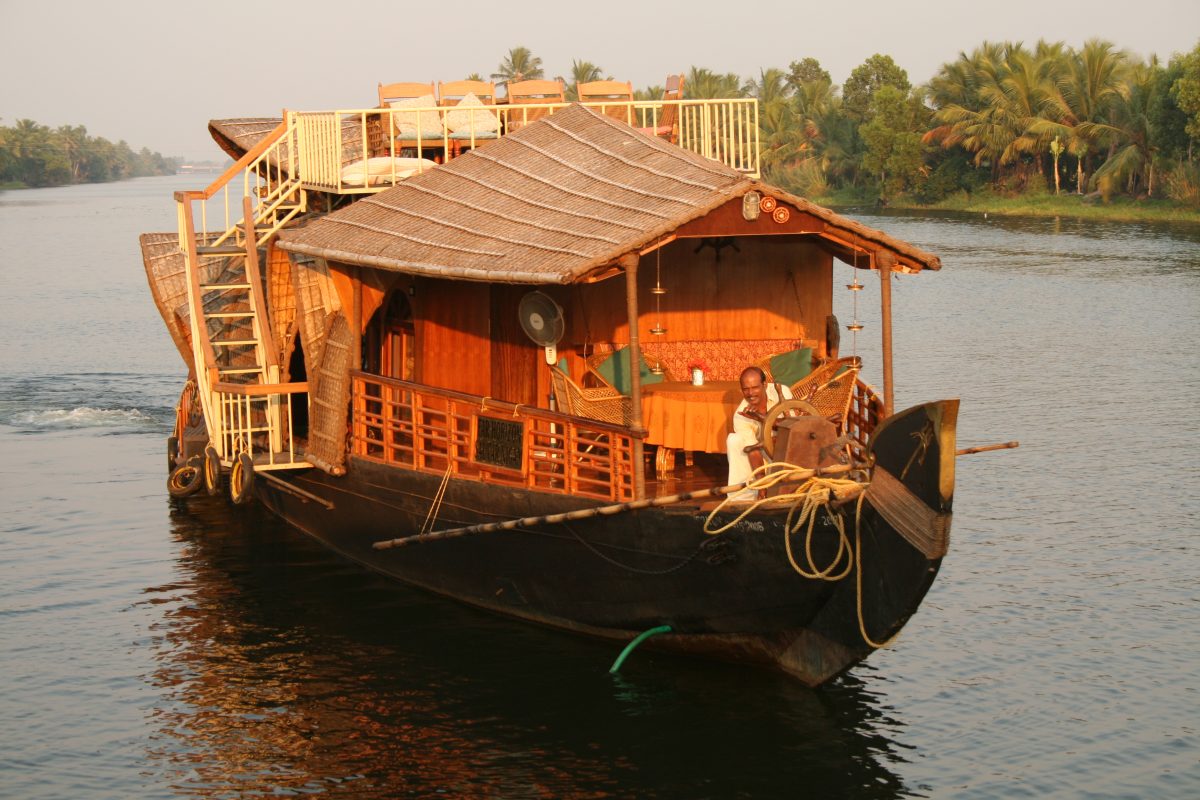 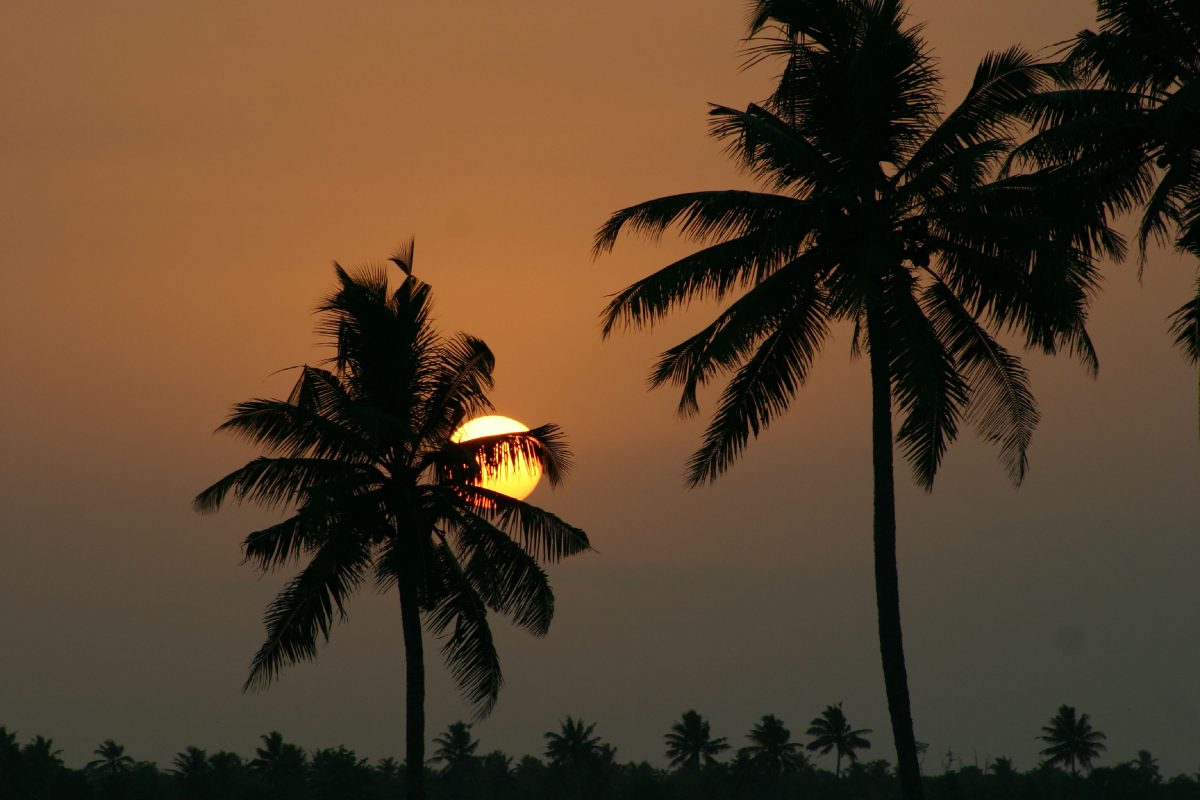 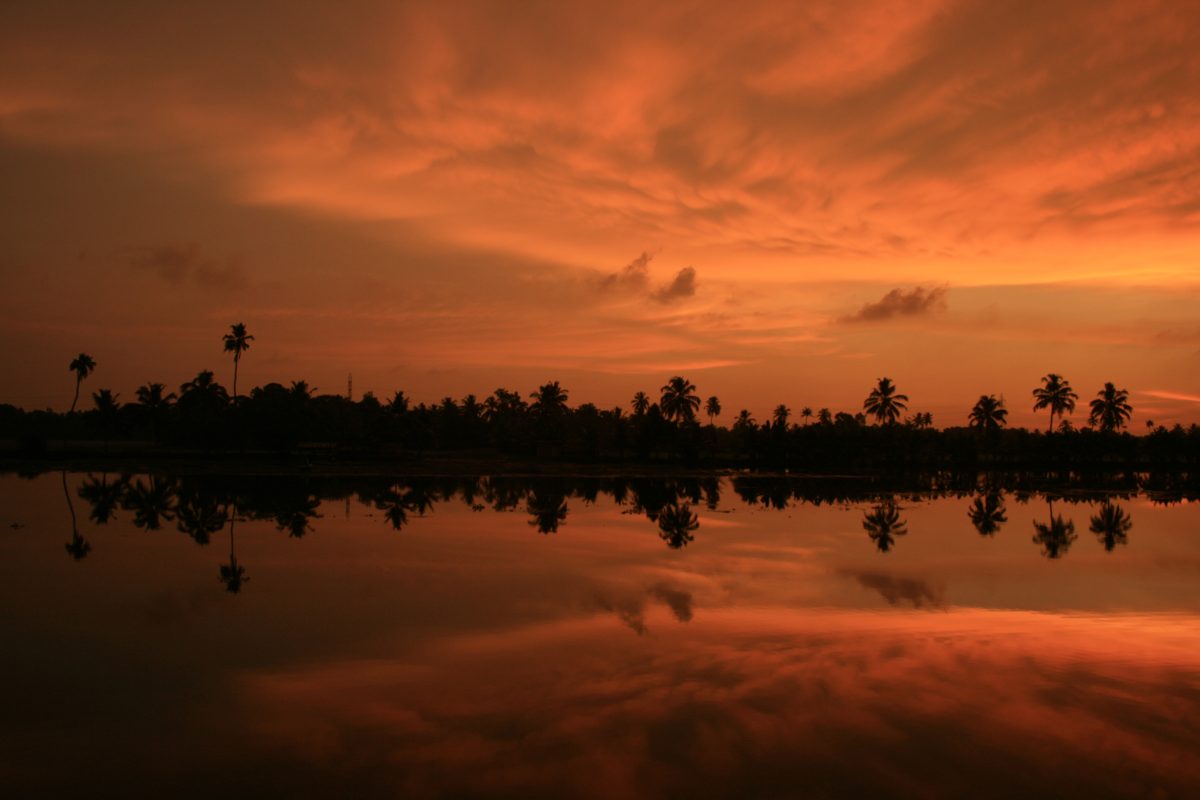 After clearing immigration and customs, our representative will meet you at the receiving area and escort you to your hotel. Thereafter, check in to the hotel.

Note: Overnight at hotel (No meals)

After breakfast, proceed for the city tour of Chennai. The capital city of Tamil Nadu, Chennai is both an important business hub and a vibrant cultural centre. Before it was rechristened Chennai, the city began its life as Madras, when it was founded by the English East India Company in 1639. It went on to become one of the most significant administrative centres of the British Empire, and later, a hub of Tamil politics, culture and economy.

Fort St. George, which was built by the British East India Company and also, houses a small quaint museum known as the Fort Museum. A striking contrast to the Dravidian temple architecture of the Kapaleshwar temple and San Thome Church, a neo-Gothic cathedral is a treat to the eyes.

Later drive to Mahabalipuram. On arrival in Mahabalipuram, check into your hotel. Evening is free at leisure.

Morning have breakfast at hotel. Later Embark on a half-day excursion to Kanchipuram, also known as the, ‘City of a thousand temples’.

The most famous of these are the Ekambareshwara temple and the Varaderajaswamy temple. Drive back to Mahabalipuram to explore its five ‘Pagodas,’ or chariots.

Mahabalipuram is commonly known as the “City of the Seven Pagodas,” even though five of the seven pagodas are actually rathas (stone chariots). The Pallavas, the ruling power of South India during the 7th and 8th Centuries and prolific patrons of the arts, reached their greatest architectural achievement in the visually dramatic temples at Mahabalipuram. A wealthy maritime trade with Southeast Asia enabled the Pallava monarchs to construct a large number of temples and sculptural programs, which garnered them both religious merit and promoted the political and social ideals of South Indian society.

We will visit the photogenic and windswept Shore Temple, dramatically perched near a promontory overlooking the Bay of Bengal. We can see the aforementioned Panch Rathas (Five Stone Chariots), at the southern end of town. The Rathas, which date to the 7th Century, are extraordinary examples of rock shrines made from monolithic stone, and are named for the heroes of the epic Indian tale the Mahabharata.

In the centre of Mahabalipuram is the main cluster of temples and rock sculptures. Life size stone statues of an elephant, bull and a lion guard these delicately sculptured temples. Depictions of scenes from Indian mythology carved out of stone cover the temples. One of the most elaborate is the Bhagirathi’s Penance, which despite its mammoth proportions, is intricately carved. So large is the bas-relief that it is often described as a “fresco in stone.” In fact, a number of stonecutters still work in Mahabalipuram and continue to produce high-quality traditional sculptures.

Morning have breakfast at hotel. Later check out and drive to Pondicherry. On arrival, check in to the hotel.

The French relinquished control of their former colony just 50 years ago and “Pondy” (as it’s locally known) still bears its European heritage. The local cuisine has a distinctive French influence, as does the architecture of homes, boulevards and city buildings. Often referred to as “a little piece of Medieval France in India” and “a sleepy provincial French town,” Pondicherry has managed to retain its French aura. From its delightful restaurants offering French cuisine and streets bearing French names, Pondicherry’s French connection is very much alive – yet, very subtle.

Pondicherry is also famous as a center chosen by late Sri Aurobindo, revolutionary turned saint, who built his Ashram here in 1926, drawing huge crowds of followers with its unique spiritual concept revolving around work as a divine offering.

After breakfast, check out and drive to Tanjore. En route, stop at Chidambaram and Nataraja Temple, also referred to as the Chidambaram Nataraja temple is a Hindu temple dedicated to Nataraja – Shiva as the lord of dance. This spectacular temple is the soul of the town and among the five holiest temples of Lord Shiva.

Also, visit The Airavatesvara Temple in Darasuram, and is one among the three famous temples in Tamil Nadu that were built by the Chola Kings. Collectively, these three temples are known as the Great Living Chola Temples. The other two temples that belong to this group are the Brihadeeshwara Temple of Thanjavur and the temple of Gangaikonda Cholapuram.

Later continue to Tanjore. On arrival, check into your hotel. Evening is free at leisure.

Morning have breakfast at hotel. Later visit the magnificent Brihadishwara Temple is the crowning glory of Chola temple architecture and is dedicated to Shiva as Nataraja, king of the cosmic dance. Its beauty is particularly enhanced in late afternoon, when its sandstone tower is bathed in the golden hues of sunset. The vimana, or tower, over the temple sanctuary soars to a height in excess of 200 feet, and is adorned with several exquisite pieces of Chola sculpture. The temple sits in the middle of a spacious courtyard, faced by a massive 20-foot long sculpture of Shiva’s vahana (vehicle), the great bull Nandi, carved from a single piece of granite.

Then we visit Tanjore’s second great historical site, the Royal Palace complex, with its impressive observation tower. The Nayakas, who ruled this area in the 16th and 17th Centuries, constructed the palace. Aside from the historical significance of the palace itself, the complex also houses several important museums and libraries.

Thereafter, leave for Madurai. On arrival, check into your hotel. Late evening, those interested can visit the night ceremony at the great Meenakshi temple where the Lord Shiva is reunited with his wife Meenakshi for the night.

After breakfast, depart for a sightseeing tour of the Meenakshi temple and Tirumalai Nayak Palace.

The Meenakshi temple of Madurai is estimated to receive 10,000 pilgrims every day. A riotously baroque example of Dravidian architecture with twelve gopuras (towers), ranging in height from 130 to 165 feet, the towers are covered from top to bottom in a breath-taking profusion of multicolour images of gods, goddesses, animals and mythical figures.

Legend has it that the temple was founded by Indra (King of Gods) himself. Every point in the temple has a legend attached to it. While exploring the temple, visit the “Hall of a Thousand Pillars,” with its fascinating study of “human expression” carved on the pillars, the walls and the ceiling. Just outside you will find the “musical pillars,” each emitting a different musical note when struck. Explore the Kambatti Mundapum (yet another hall) containing pillars sculptured with various manifestations of Lord Shiva. The Meenakshi Temple is arguably the preeminent example of South Indian temple architecture, and is also one of India’s most important places of pilgrimage.

Explore the colourful markets of Madurai.

Morning have breakfast at hotel. Later check out and drive to Thekkady.  There’s nothing like the experience of heading to Thekkady and feasting the eyes on breath-taking scenery in every direction. One of the quietest getaways on the planet, Thekkady has sparse traffic and commotion. It’s the perfect place to elope thanks to its jungle hideaways, and private romantic corners. On arrival, check into your hotel.

Later proceed for a pleasant boat ride, would be a perfect way of observing the wildlife in their natural habitat (Subject to water level) OR guided Nature Walk that takes one through dense deciduous forests and swampy grasslands.

Later drive to Thottapally to board your backwater cruise. An environmentally-friendly vessel unique to Kerala’s placid waterways. Prior to their conversion to passenger boats with all the modern comforts, these traditional craft known as Kettuvallom once plied these waters as rice barges. Coir (coconut fibre rope) and resin from cashew kernels, not nails, hold the Kettuvallom together – a ship making practice passed down through the centuries.

The uniqueness of Kerala has always been its Backwaters, and no place in the world is blessed with this mesmerizing beauty. It’s the reason; this heaven is called “GOD ‘S OWN COUNTRY!!”

On this comfortable floating home you may spend your day relaxing and unwinding. As you slowly cruise along the backwater canals of the Arabian Sea, you may choose to stop and explore some of the many small villages, farmlands, old temples and churches that you come across.

Today, we see Indian life up close as we slowly cruise along the palm-fringed backwater canals of the Arabian Sea, a distinctive region whose beauty and tranquillity have earned it the sobriquet “God’s own country.” Along the way we go ashore to visit some of the local villages and farms, observing traditional livelihoods such as coir making, boat building, fish farming, rice growing and toddy tapping – the extraction of palm sap for production of palm wine, or toddy. We also see churches in a land synonymous with the very beginnings of Christianity: Saint Thomas the Apostle was said to have made a missionary visit to Kerala in 52 AD; to this day Kerala has a significant Christian minority.

A vast network of lagoons, lakes, and canals formed by the confluence of Kerala’s numerous rivers and the Arabian Sea, the Kerala backwaters run alongside the coast for more than 550 miles.  These labyrinthine waterways have served as a thoroughfare for boats like ours from ancient times, and the daily existence in the communities here has changed little over the centuries.

After breakfast, cruise to Thottapally and check-out. Drive to Kochi and check-in to the hotel. In the evening, we attend a performance of Kathakali dance, where facial expressions and hand gestures combine with movement to create this highly expressive traditional Kerala art form which depicts great Indian epics.  Distinct among the six classical Indian dances, Kathakali is a highly dramatic and mimetic dance depicting various stories from Indian epics. It originated in Kerala during the 17th century and has developed over the years with improved looks, refined gestures and added themes besides more ornate singing and precise drumming.

After breakfast, enjoy a tour of Kochi. Fort Cochin, your first stop, where the Portuguese flag was first hoisted is also believed to be the oldest settlement in India.

Thereafter, visit the St Francis Church, built in 1510 by friars brought to India by Vasco da Gama. The gorgeous view of the ocean from the beach enhanced by the Chinese fishing nets, first erected between 1350 and 1450 AD makes extremely picturesque sight only to be followed by a visit to the Jewish Synagogue (closed to non-Jews on Fridays and Saturdays).

Depart for the Dutch Palace (closed on Fridays) which contains mythological murals and traditional Keralite flooring.

Finally, wrap up your experience with a traditional cooking demonstration and dinner with a local family.

In time check out from your hotel and transfer to the airport to board your onward flight.

Land prices based on per person in twin sharing room and Prices are subject to change with any change in the co.

Per Person prices will have a moderate increase if the final group strength is less than 15 paying guest.

International flights are not included in the adventure price.

Rates include only those items specified in your itinerary.

Insurance is not included yet its mandatory for this excursion.

Single accommodations can be provided if requested in advance but could be bit expensive.

Transfers in Private vehicles and entrance fee to all sightseeings mentioned in Itinerary are included within the package price.

Please download the file under Requirement section to have an idea about the cancellation and Refund policies. 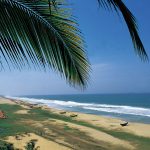 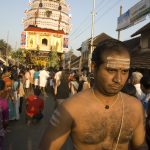 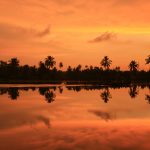 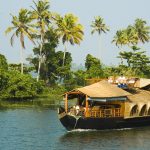 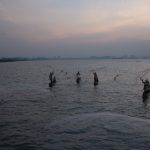 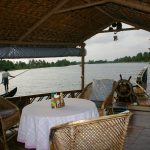 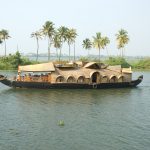 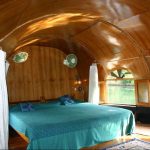 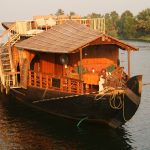 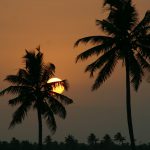 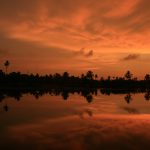